We are collecting a photo archive of past pit ponies. If you have any photos you’d like to share please send them to us. 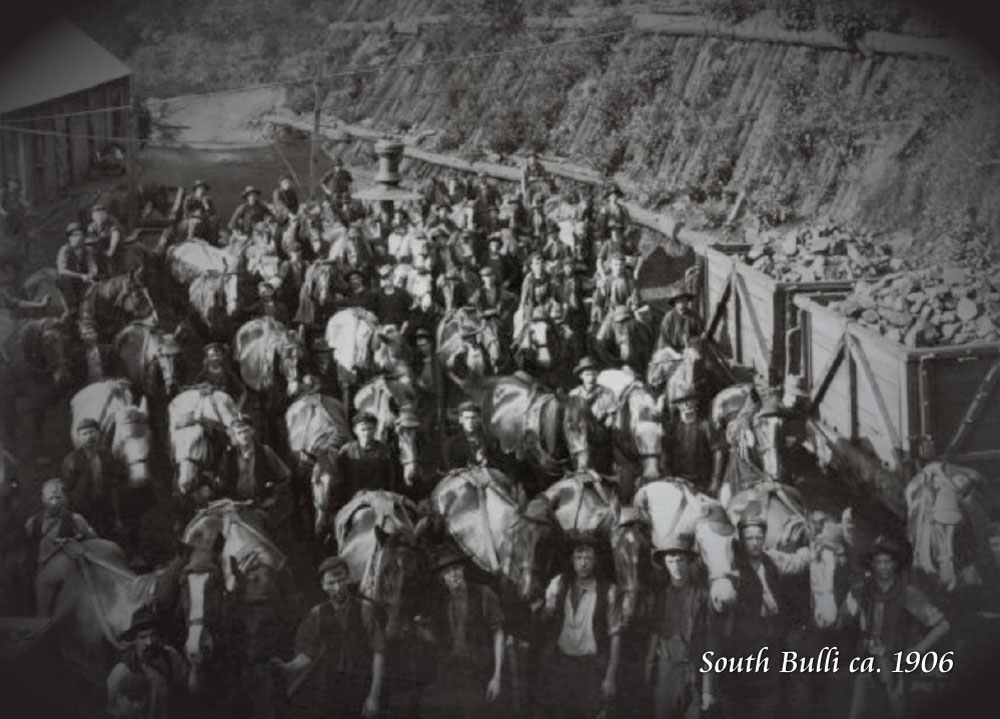 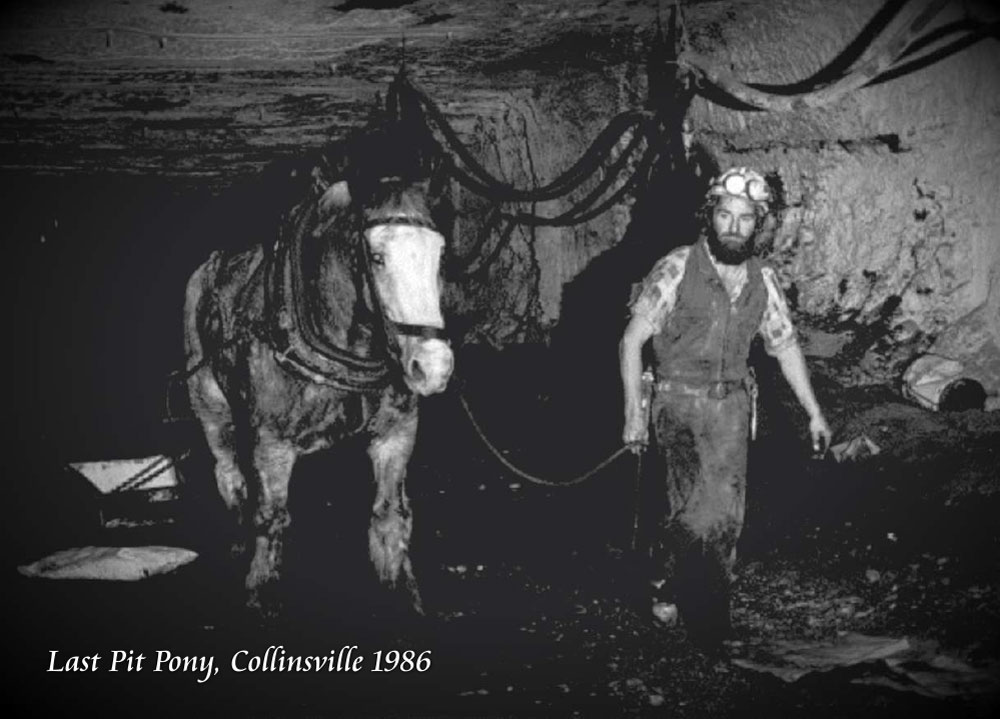 The first coal mine in Queensland was opened by John Williams in 1843 on the riverbank at Redbank. Other early mines were at Moggill and Woodend Pocket.

Rhondda Colliery, near Ipswich, was the last mine in the area to use pit ponies to help haul coal. 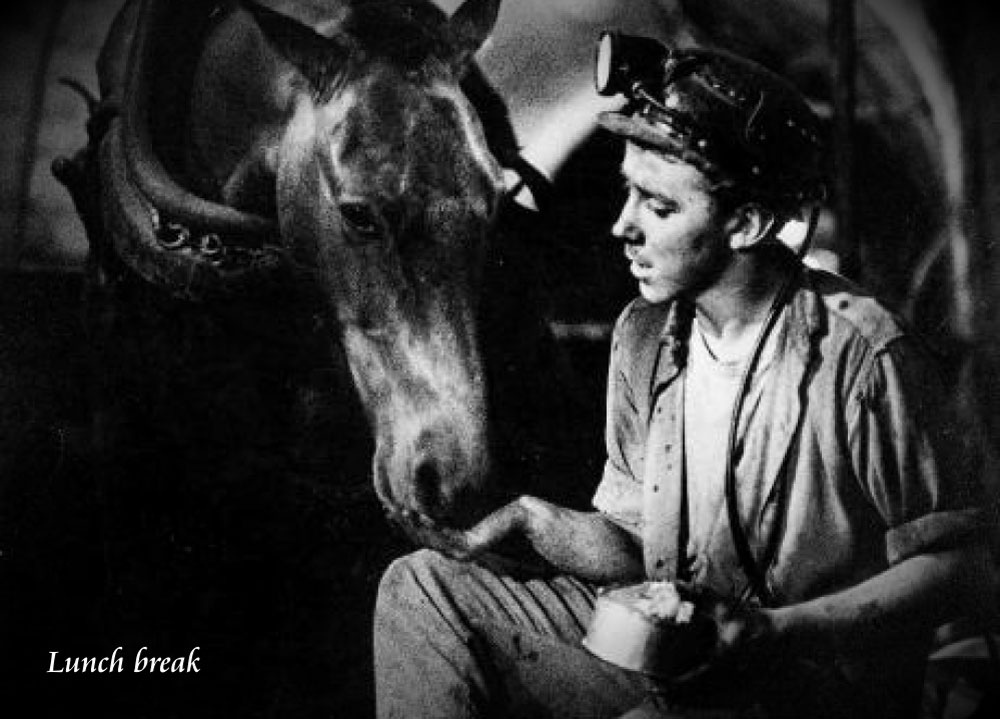 The ponies didn’t stay down the mines. They worked a shift just like the men. They were good, well-behaved horses and were exceptionally well looked-after. They had comfortable stalls and a yard nearby for days off. The men became very attached to their horses – they were workmates. 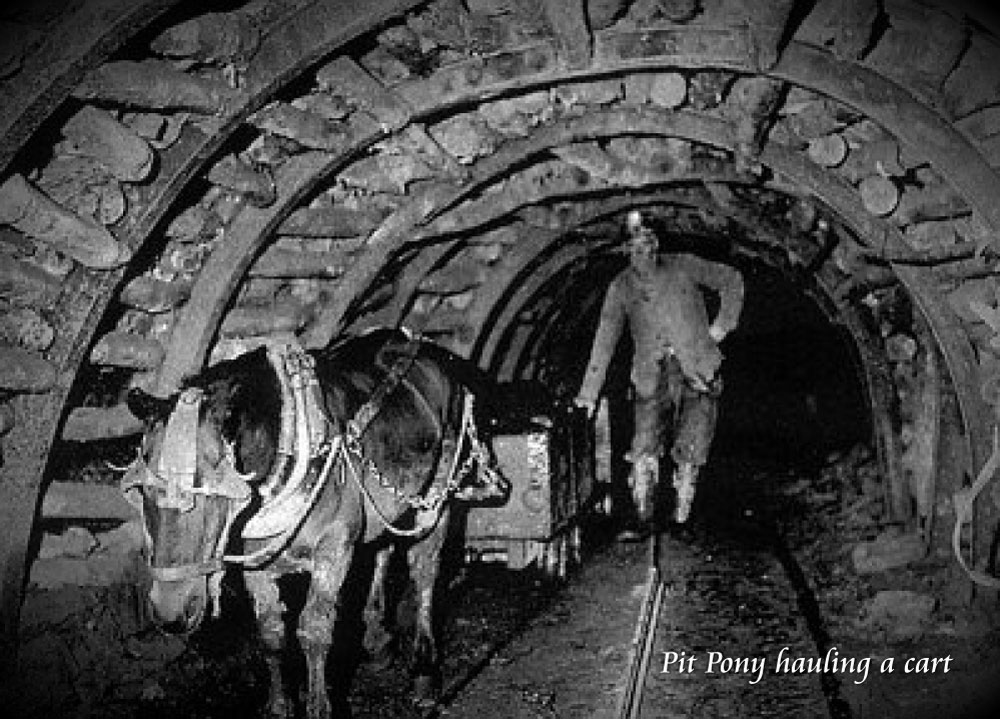 High ceilings in stables allowed the animals room to raise their heads and relax their muscles. Stables were well drained with pipes and were whitewashed for sanitary purposes.

Roadways were kept in the best possible condition and roofs carefully brushed of protrusions to help prevent injury to the ponies.